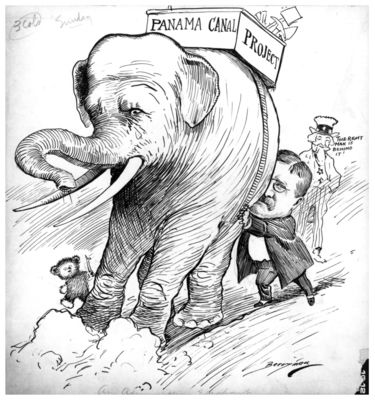 This illustration entitled, "An Administrative Elephant", by cartoonist Clifford Berryman, which appeared in the Washington Post on June 25, 1905, depicts President Theodore Roosevelt pushing the Republican elephant, which represented the large Republican majorities in both the House and the Senate for funding to build the Panama Canal, while Uncle Sam concurs that Roosevelt is the right man for the job.