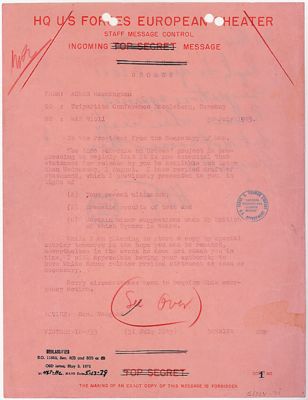 The first page of this document is a memorandum from the Secretary of War, Henry Stimson, asking for Truman's permission to issue the press release announcing the dropping of the atomic bomb on Hiroshima, Japan. The second page contains Truman's handwritten response granting permission but asking that the release be made no sooner than August 2, after the conclusion of the Potsdam Conference.