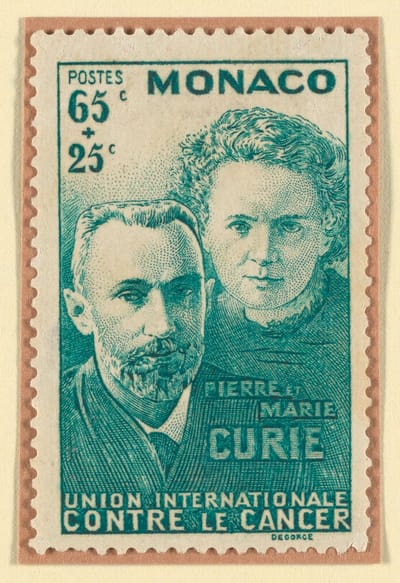 The 40th anniversary of the discovery of radium by Marie and Pierre Curie was commemorated in France in 1938 with the release of a semipostal stamp bearing a 50-cent surtax to benefit the International Union Against Cancer. The French Postal Service expected member countries of the Universal Postal Union to prepare a similar stamp, but only Monaco (above) and Cuba did so. Due to the lack of response, France issued stamps for 21 of its colonies, with each stamp having an identical design except for the name of the colony.